Ash trees belong to a deciduous plant group that sheds leaves yearly. These are usually the sun-loving trees of medium to tall height (40-60 feet). All species of ash trees come under the order Lamiales, a family Oleaceae with the scientific name Fraxinus. These species are traditionally known as an olive family[1]Karunarathna, A., et al., Patellariopsidaceae Fam. Nov. With Sexual-Asexual Connection and a New Host Record for Cheirospora botryospora (Vibrisseaceae, Ascomycota). Frontiers in Microbiology, 2020. … Continue reading.

Most of the lilac plant family and plants have been kept under this group. These deciduous trees have broad leaves and separate trees for the male and female sex.

These seeds specifically have such physiological appearance that made scientists name them like helicopter seeds. Fraxinus have distinctive and separate organisms (trees) for producing female and male gametes. This phenomenon is termed dioecy [2]Widrlechner, M.P., Building a comprehensive collection of ash germplasm. 2010..

The Fraxinus trees are mostly found in three continents Asia, Europe, and America especially, North American countries[3]Maeda, M., et al., Phylogeny and taxonomy of Phyllactinia species (powdery mildew: Erysiphaceae) occurring on the ash trees (Fraxinus spp.). Mycoscience, 2021. 62(4): p. 268-280.. There is a long period in the life of these trees where they only behave as unisexual organisms.

Later on, these may develop male characteristics leading to femaleness for the development of seeds and fruits. Samara is the name given to the fruits of Fraxinus plants[4]Wallander, E., Systematics of Fraxinus (Oleaceae) and evolution of dioecy. Plant Systematics and Evolution, 2008. 273(1): p. 25-49..

For visual identification of ash trees, two things are prominent to observe, first its opposite branching pattern and second its compound leaf structure.

There are several types of ash trees.

Among the most commonly found ash trees green ash is the prominent woody tree. Several other local names are also there for green ash such as red and water ash etc. These are the common shading trees of streets in Canada, Eastern America, and the US with the ability to withstand their growth in different kinds of soils[5]Hinsinger, D.D., et al., The phylogeny and biogeographic history of ashes (Fraxinus, Oleaceae) highlight the roles of migration and vicariance in the diversification of temperate trees. PloS one, … Continue reading.

Attach of arthropod insect parasite can diminish the GDP of wood obtained from these green ash trees. These trees can be 50 to 70 feet tall.

The local name two petal ash is given to this shrubby plant. This type of ash tree has a small size with less woody and shrubbier appearance in general. Its compound leaf has saw-tooth or zigzag edges.

It requires full sun to grow and it does not grow taller than 20 feet. Another specificity of California ash is its sweet fragrant petal clusters[6]Hinsinger, D.D., et al., The phylogeny and biogeographic history of ashes (Fraxinus, Oleaceae) highlight the roles of migration and vicariance in the diversification of temperate trees. PloS one, … Continue reading.

As the name suggests it is commonly found in Arizona and California. There is great drought resistance found in California ash trees which perhaps be the reason for being away from ash borer insects.

As the name suggests this is found in Northern American countries. This tree has a thick canopy and tallest (70 to 80 feet) and is the most common tree in American regions. These trees have thick and dark bark with weird diamond shape outgrowths.

This is the most susceptible ash tree among the attack of ash bore insects. They have 5 to 9 leaflets in their compound leaf[7]Rebek, E.J., D.A. Herms, and D.R. Smitley, Interspecific variation in resistance to emerald ash borer (Coleoptera: Buprestidae) among North American and Asian ash (Fraxinus spp.). Environmental … Continue reading.

In the regions of relatively cold climates such as Eastern Canada and the US, black ash is found. This is the nesting place of most bird species having 40 to 60 feet in height. Many animals eat its seeds and even branches are also consumed by herbivore animals.

The reason for giving the name blue ash was its inner bark color. Whenever the inner bark is exposed to air it turns its color to blue. In past years it was used as a drying agent. This type is also resistant to drought[10]Ladiges, P.Y., S.M. Prober, and G. Nelson, Cladistic and Biogeographic Analysis of the “Blue Ash’Eucalypts. Cladistics, 1992. 8(2): p. 103-124..

The important characteristic of this group is the release of sweet sap. Different carbohydrates and other derivatives can be extracted from the sap secreted by this species. This can grow 40 to 60 feet tall.

Researchers have described it as more resistant against ash borer. Before leaf fall the leaflets (5 to 9 with zigzag edges) turn yellow. This species is native to Asian and European countries[11]Paoletti, E., et al., Structural and physiological responses to ozone in Manna ash (Fraxinus ornus L.) leaves of seedlings and mature trees under controlled and ambient conditions. Science of the … Continue reading.

Damp and moisture-loving species of Fraxinus prefer low temperatures for growth. The other common name is water ash. It is found mostly in Carolina state and its neighboring countries.

This has 5 to 7 leaflets in its compound leaf and grows in shady areas while most of the ash tree species love sun exposure. The size of Carolina Ash is also smaller as compared to others (30 to 40 feet)[12]Vengosh, A., et al., Evidence for unmonitored coal ash spills in Sutton Lake, North Carolina: Implications for contamination of lake ecosystems. Science of the total environment, 2019. 686: p. … Continue reading.

The distinctive property of the European Ash tree is its compound leaves having 13 or more leaflets. It is also resistant to the attack of ash borer and 60 to 80 feet tall or above.

Another reason for its quick identification is the nature of its bark having brown buds instead of traditional black buds. As per indication by name, it is mostly native to European countries[13]Dobrowolska, D., et al., A review of European ash (Fraxinus excelsior L.): implications for silviculture. Forestry, 2011. 84(2): p. 133-148..

To avoid the insect attack on ash plants spray proper insecticide before the egg hatching season of insects. All insect species have a certain time of the reproduction cycle. Proper check and balance are necessary to avoid a mass loss due to arthropod parasites.

Proper watering is necessary. One can add fertilizers as well to enhance the nutrient level in the soil. Proper pruning and application of fungicides are also helpful in this context. Proper water is needed in the starting life span of an ash tree to promote the growth of extensive roots in the soil[22]Gninenko, Y.I. and M. Klyukin, Nature itself took care of the ash-tree protection. Zashchita i Karantin Rasteniĭ, 2019(8): p. 42-43..

Mites and beetle damaging foliage must be destroyed within their eggs before hatching. Pruning can also decrease the spread of the microbial disease yellow leaf of Ash trees. The damaged part is pruned to prevent the further spread of the infectious agent.

The decaying and damaged part of the infected tree must be removed from the nearby area of a tree because it can cause repeated infections and spread.

If proper watering, application of insecticide, and fungicides are done along with soil clearance and pruning we can have healthy growing trees[23]Vannatta, A., R. Hauer, and N. Schuettpelz, Economic analysis of emerald ash borer (Coleoptera: Buprestidae) management options. Journal of Economic Entomology, 2012. 105(1): p. 196-206.. 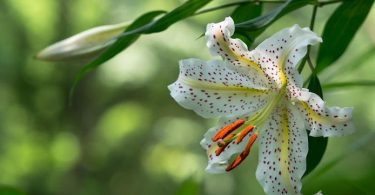 Cymbidium generally known as boat orchids is a sort of evergreen blossoming plant in the orchid...