The plant Dracaena Trifasciata which is commonly known as Snake Plant belongs to the family Asparagaceae, monocot angiosperm plants. This plant is usually found in regions of West Africa and countries like Congo and Nigeria.

This plant is known to us by several common names such as Saint George’s Sword, Viper’s Bowstring Hemp, and most interestingly it is also called Mother in Law’s Tongue.

It is an evergreen flowering perennial plant having a land-creeping root-like structure called a rhizome. Just because it got really sharp margins over erectly growing leaves it is given the name of the sword[1]Torres, K.C., In Vitro Propagation of Snake Plant (Sansevieria), in Tissue Culture Techniques for Horticultural Crops. 1989, Springer. p. 92-95..

The specialty of the snake plant is its photosynthesis at night times when all the other plants are releasing CO2 this releases O2. Its stomata are closed in the daytime to avoid and escape from transpirational water loss and open at night.

This method is usually used to root snake plants in water. For this purpose, you need to take a healthy leaf of a snake plant and a sharp plant cutting knives or sharp shears to cut that young, healthy, and clean plant leaf.

After a clean and quick V shape cutting of that certain leaf put its cutting edge into clear water in such a way that the lower one-third part of the leave is dipped into that water.

When you will use a transparent glass container you will be able to see the growing little root below the end in a few days. This technique of cutting plant leaves has its pros in growing new plants in water.

This method takes much of the time to make its roots well grown for doing soil plantation. For achieving healthy a quick growth by the former method we need such soil having proper drainage. Because leaves can rot in more wet soil.

So we need to be careful about the moisture content of the pot when we have planted leaf cutting of snake plant[4]Sarmast, M., M. Salehi, and H. Salehi, The potential of different parts of Sansevieria trifasciata L. leaf for meristemoids production. Aust J Basic Appl Sci, 2009. 3: p. 2506-2509..

For this method of propagation, a healthy plant with a properly grown rhizome, the thick soil organ, is to be selected. Uproot the plant with great care and gently without breaking it.

Cut the rhizome having root clumps with sharp shears and scissors and place it in wet soil and in an area receiving good sunlight[5]Hematharshini, A. and T. Seran, IN VITRO SHOOT ORGANOGEN trifasciata L.) AS INFLUENCED B SUCROSE CONCENTRATION..

Proper mineralized and moist soil with sunlight can trigger fast regrowth of root clumps into new rhizomes and plants.

This can be helpful in creating a large number of relatively quick-growing plants in a bulk. A good-sized plant with a large root clump is to be used for this propagation method[6]Sarmast, M.K., H. Salehi, and M. Khosh-Khui, Seismomorphogenesis: a novel approach to acclimatization of tissue culture regenerated plants. 3 Biotech, 2014. 4(6): p. 599-604..

The above-mentioned procedures are slow and less efficient for mass production concerns. The technique of micropropagation is an emerging and advancing process by which we can enhance the speed of propagation as well as the number of plants per propagation process.

In-vitro preparation of snake plant organoids called meristemoids are grown on Petri-plates having artificially prepared culture medium for at least 15 to 21 days[8]Kaur, J. and G. MUDGAL, An Efficient And Quick Protocol For In Vitro Multiplication Of Snake Plant, Sansevieria Trifasciata Var. Laurentii [Prain]. 2021..

Medium is designed in such a way that supports root development first. When the roots are developed medium for shoot growth promotion is given to that meristemoids and thus roots are developed[9]Tchegnitegni, B.T., et al., A dihydrochalcone derivative and further steroidal saponins from Sansevieria trifasciata Prain. Zeitschrift für Naturforschung C, 2017. 72(11-12): p. 477-482..

This is the easiest to take care of the Snake Plant. All you need to do is to add a liquid fertilizer after a gap of 6 months, as it can survive with less nutrition. This plant only requires dim or low-grade sunlight to grow. Snake plant usually grows well in warm climate conditions.

It can even survive with the least water in the pot because nature has given this plant ability to avoid transpirational losses by keeping its stomata close during daytime.

This is to be taken into account that this plant can be damaging to the stomach if accidentally ingested by humans or their pets[12]Bertero, A., et al., Plants, and zootoxins: Toxico-epidemiological investigation in domestic animals. Toxicon, 2021. 196: p. 25-31..

Pets specifically cats and dogs when coming in contact with this plant or ingest any part of it then there is a chance of allergic irritations and even vomiting can be triggered.

A toxin named saponins are produced by the snake plant. If the leaves or part of the leaf is ingested, can cause gastrointestinal irritation in pet dogs and cats as well. Diarrhea, stomach ache, nausea, and extensive vomiting are key symptoms of ingesting this plant.

These chemical saponins actually act as self-defense of snake plants against insects and fungi because saponins act as a natural insecticide as well as a fungicide. Swelling of the esophagus is also observed related to the intoxication of saponins[13]Knight, A., A guide to poisonous house and garden plants. 2019: Teton NewMedia.. 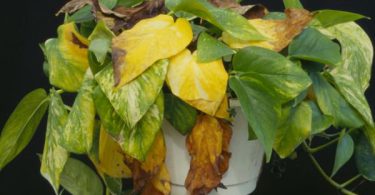